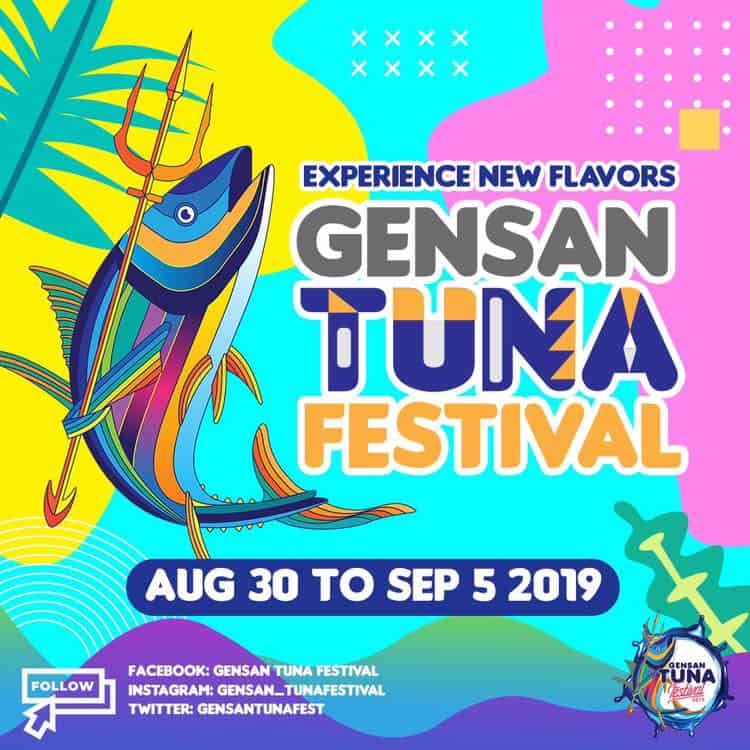 The spotlight is once more shining on the “Tuna Capital of the Philippines” as it celebrates the 21st Tuna Festival, the biggest industry-based festival in the country happening from August 30 to September 5, 2019. This is in celebration of the city’s 51st inauguration anniversary.

Anchored to the tagline “Experience New Flavors”, the festivity will offer something new to the Generals and festival visitors.

Hear new sound
Listen and dance to the beat of the re-imagined version of Whoah Gensan, which has seemingly become the national anthem of the Tuna Festival since its launching in 2009.This new version brands a familiar beat with new lyrics that have adapted to the present times.

Savor new tastes
Globally recognized as the Tuna Capital of the Philippines, numerous events such as the Tuna Skills Competition, Tuna Culinary Exchange, Fish Fest Sa Fishport and Sugbahan sa Dalan will be staged to showcase our prized tuna.

Celebrate with a purpose
This year, the celebration gives honor to the integral elements of the industry’s humble beginnings- the bounty of its waters and the hard work of the fisher folks- highlighting the importance of the water which gave its people the leverage to become what it is today. Thus, the direction is to stress the importance of protecting the sea- the vital lifeline of General Santos City. This is a timely yet long overdue concern that everyone should advocate for.

New Festival Partners
The Local Government of General Santos has partnered with the Philippine Exporters Confederation Region 12 Chapter for the first time this year, spearheaded by their feisty lady president in the person of Ms. Marife Quiam.
This year also marks the first time for the tuna festival to have a lady festival director Ms. Chiclet M. Rillo, Executive Director of the South Cotabato Filipino-Chinese Chamber, Inc.

Mark your calendars!
Be ready to sail with us as we officially open the festival week with the well-attended Lighted Float Parade and celebrate with us at the Oval grandstand for a night featuring Gensan’s best in a show dubbed as Sagwan: Feel the Thrill, Experience New Flavors.
Be enchanted on September 5 as we conclude the festival with a magical celebration. Tayo ng maki-Tuna Majika, Sayaw at Fiesta!