You are here: Home / Miscellaneous / Gathering apart and shoutouts: making meaning out of the crisis
For a country considered as the social capital of the world, it comes as no surprise to see Filipinos adjusting well to “gathering apart” during the current pandemic.

However, while Zoom, Google, Facebook, Viber, and other instant messaging, video conferencing, and social media apps have found ways to keep people together, they are not enough for a social race who is usually touchy-feely and whose gatherings are filled with “besos”, hugs, and “mano”.

In a survey conducted by digital advertising company AdSpark, it showed that 17% of the respondents placed seeing peers on the top of their priorities, followed by eating out; 15.4%; physical interaction, 14.8%; and going out, 12.6%. 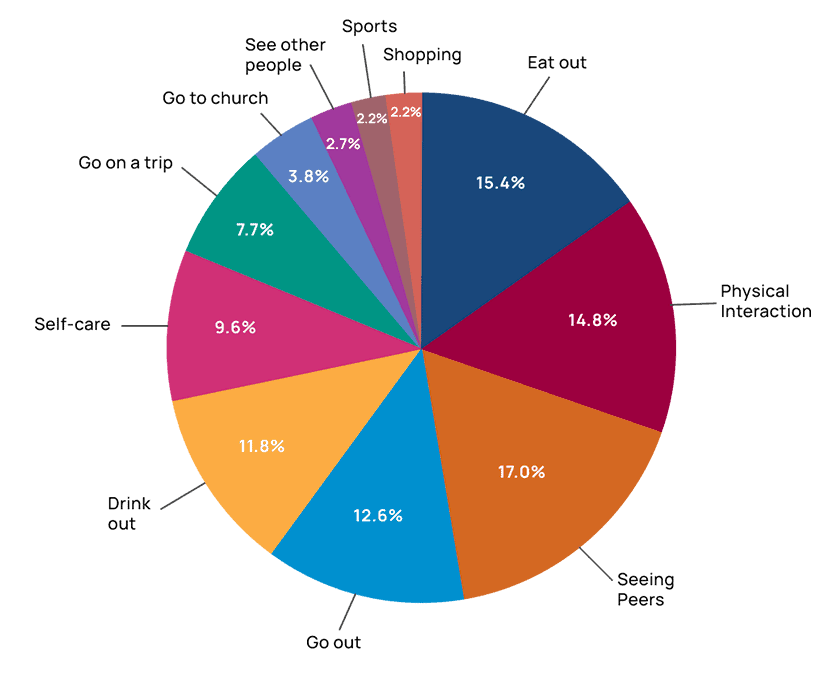 “On Filipinos, a hyper-social race whose culture and traditions are predicated upon and foster these close bonds, what will the psychological effect be?  As of now, what is seen is that while it looks like it’s all going smoothly on top, much desire and a profound longing to reconnect is brewing underneath,” according to the AdSpark whitepaper “A Portrait of the COVID-19 Crisis as a Filipino.”
According to the study, to be conflicted about physical human interaction and too long for relations is no small indication of the Filipinos’ state of being. It also proved that while connecting online is almost second nature to Filipinos, they still long for the non-virtual hangouts and hugs that are not emoticons nor GIFs.
Meanwhile, due to the already volatile environment,  events seem to prompt netizens to “shout” on social, quickly triggering both the outpour against perceived wrong and outpour of support, Positive shoutouts are directed toward frontliners and those who are seen doing a good job.

The AdSpark survey showed that positive sentiments also came from what people are looking forward to such as going out and meeting with friends with 22% while 24% of online users who have negative sentiments expressed their longing for friends or loved ones and the activities they like to engage in.  They also shared their dissatisfaction with how the government is handling the COVID-19 situation and called for a change in leadership. Fifty-four percent or a majority of the conversations are neutral, consisting of people sharing what they want to do once the outbreak ends.

“Social Media has perhaps become the way to voice out opinions and be heard, especially now when people are facing more restrictions.  Compared to the much-constricted physical realms, the online world offers no restrictions. More importantly, though, the voicing out and even confusion of the cacophony, are necessary.  It is possible that it is indicative of how the Filipinos are now trying to construct meaning out of the collective trauma we are experiencing.  Social trauma is not just about the event, but about the social construction of meaning,” the paper said.

The posts on social, therefore, could be an attempt in trying to assign meaning to situations, roles, and causes and effects with each member of society – aggrieved, helper, bystander, observer – trying to write the story.

AdSpark uncovers the real concerns, fears, motivations, and expectations of a Filipino consumer during the Covid-19 crisis, attempting to tackle and map out behavioral changes and formations of habit, post-crisis.

For brands and marketing practitioners to keep in close touch with their respective target audiences, it is important to continuously understand the ever-evolving Filipino and his content consumption – How he copes with the radical changes caused by the outbreak and explores how it will potentially change him for years to come.

“Using our brand planning proprietary tools, we wanted to delve deeper and understand the Filipino psyche in this very critical period. This is a provocative way to help leaders in various enterprises understand what consumers need and want in this age of crisis” said Onat Roldan, AdSpark President, and CEO.

AdSpark generated the report by using its own AdSpark intelligence platform. AdSpark Intelligence uses social listening that tracks mentions, comments, and sentiments across the internet; and content consumption which measures what Filipinos are reading and viewing online.

AdSpark is part of the portfolio companies of 917Ventures, the largest corporate incubator in the Philippines, and a wholly-owned subsidiary of Globe.

To learn more and explore the other four tension points in this study, download the full report here. https://adspark.ph/thought-sparker-portrait-covid-19-crisis-filipino/